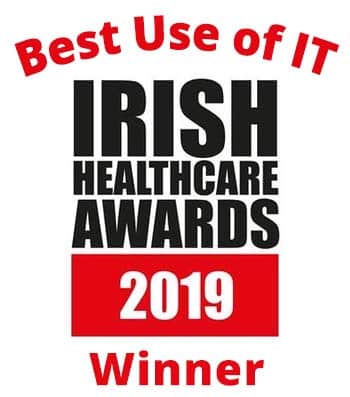 On November 20th 2019, NTPF received the award for the PAMS system as ‘Best Use of Information Technology’ at the Irish Healthcare Awards.

Spanish Point Technologies is delighted to be NTPF’s IT Partner. The Patient Access Management System, will continue to deliver value for patients and users at public and private hospitals in Ireland.

The National Treatment Purchase Fund (NTPF) is the Government body tasked with reducing waiting lists and ensuring patients are provided with timely access to treatment in Ireland.

To ensure more patients receive the treatment they need more quickly, the NTPF recently appointed Spanish Point Technologies – Microsoft Ireland Partner of the Year 2019 – to develop a solution that would make the management of patient treatment information across public and private hospitals in Ireland more efficient.

The result of this project was the creation of the Patient Access Management System (PAMS), a cloud-based IT system that uses Microsoft Dynamics 365 to identify, track, and manage patient treatment information.

Several months after launch, PAMS has contributed to the NTPF making significant reductions to patient waiting times. As of October 2019, just five months after its launch, over 30,000 ‘Offers of Treatment’ have been issued to 41 public hospitals in Ireland via PAMS, 45% of which, have since been accepted.