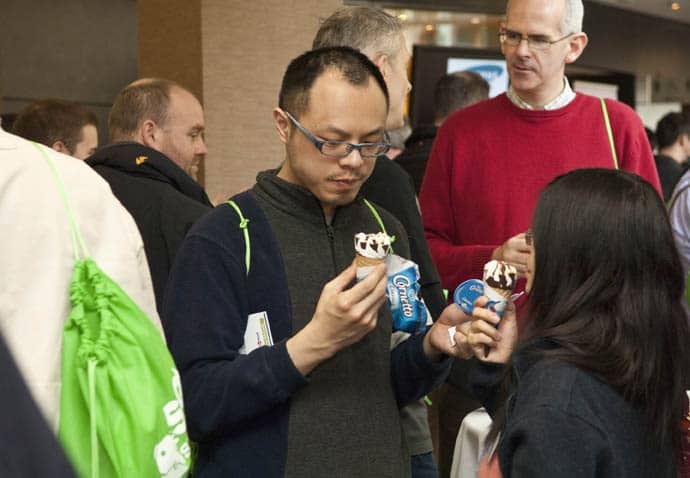 Thursday 26 April 2012, Dublin, Ireland: Last month Dublin played host to the first Irish SQL Saturday event and Spanish Point were very excited to be a Silver Sponsor. This was a very important day in the Irish technology community’s calendar as it was also the official Technical Launch of SQL Server 2012 in Ireland. SQL Saturday is an initiative of SQL Pass that has been running successfully since 2007. It was started as a platform for free one day training events for SQL Server Professionals.

SQL Saturday is a one day training event for SQL Server professionals and those wanting to learn about SQL Server. There was an array of high profile speakers at the event including Karen Lopez, Bill Pearson and Jen Stirrup amongst others. The topics included upgrading to SQL Server 2012, PowerPivot 2.0 and data management.

Spanish Point had a very positive day at SQL Saturday #105. We got to speak with many people from various professional backgrounds from DBAs to BI Developers to people who were curious to see the features of the new SQL Server 2012. Just for fun Spanish Point was giving out free ice cream for the day which went down a treat.

The event had three tracks: DBA, Developer & BI with SQL Server 2012 featuring across all three tracks.

DBA Track – aimed at delegates who have responsibility for the infrastructure, operations, maintenance and support of SQL Server environments.

Developer Track – aimed at delegates whose main responsibilities include the development and tuning of SQL Server databases and dot.net applications, covering both on premise and cloud.

BBI Track– A track aimed at members of the IT and business teams involved in planning, designing or implementing Data Warehouses, Cubes, Reporting and Dashboards in their organisation.

The feedback from the event has been all positive and we would like to thank the organisers and the Dublin Hilton for all of their help on the day.

How A Modern Data Estate Supports Your Journey to AI
Microsoft Inspire 2019; Together, We Achieve More
Azure Cosmos DB: The Rise of Data NoSQL Platforms