‘THE EU COPYRIGHT DIRECTIVE CREATES A FAIRER PARTNERSHIP BETWEEN CREATORS AND BIG TECH.’ 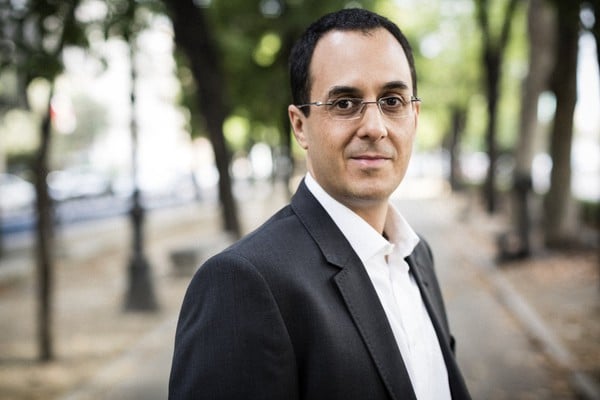 Last week’s adoption of the EU Copyright Directive by the European Parliament lifts a cloud that has been hanging over creators, and creative industries for many years.

For years, creators have watched the growth of global digital platforms using their works, dictating the terms, accumulating vast revenues and paying them next to nothing in return. Now, with the directive, policy makers have helped rebalance the market place.

Yet despite the controversy around the debate, the new directive does not have to be about winners and losers; it is really about bringing more fairness to the symbiotic partnership between big tech and the creative community.

The internet has transformed since international copyright rules were last laid down for the digital world two decades ago. YouTube, Facebook and today’s other global tech giants, did not even exist. Updated laws have been overdue, helping to restore the imbalance that has developed between the power of those tech giants on hand, and the rights of creators on the other.

The directive achieves that. It adjusts existing copyright rules to today’s digital landscape. It crafts a fairer environment, achieved by securing a more balanced negotiating relationship between the artists, authors and composers who make creative works, and the digital platforms who control their distribution.

So what does the EU Directive change?

First, it simply makes clear that user generated content platform (such as YouTube) to which consumers upload songs, pictures or other creative content, are subject to copyright rules, and must be licensed by creators, just as other digital platforms are (from Spotify and Amazon to Apple and Netflix).

Looking at YouTube, the world’s single largest provider of music with nigh on 2 billion users, this might seem an obvious, uncontroversial proposition. CISAC’s societies around the world collect royalties for creators worth nearly €10bn annually – but royalties from YouTube are a miniscule percentage of that. The data from the wider music industry shows the same gross anomaly.

The reason for the mismatch has been creators’ weak negotiating position in licencing their works. YouTube has been able to claim exemption from copyright laws by claiming it is not responsible for the content uploaded on its network, and that it is protected by “safe harbour” rules.

The new directive clears this up: YouTube and other user uploaded content platforms are responsible, they must be licensed, and they can no longer hide behind outdated rules. This is a hugely welcome clarification. Rights holders have known for years that safe harbours are a 20th century solution to a 21st century problem. A necessary aid to protect start-ups from liability in the 1990s, but obsolete and unfair for use by the global tech giants of today.

Second, the directive establishes an essential principle in law – that of proportionate remuneration for creators. This is especially important for audiovisual creators – film and TV directors and screenwriters – who currently lack the negotiating power to secure an equitable share in the success of a project they have worked on and helped flourish.


“COPYRIGHT AND AUTHORS’ RIGHTS ARE ABOUT THE FREEDOM OF CREATORS TO DO THEIR JOB. THEY ALLOW CREATORS TO BE RESPECTED FOR THEIR TALENT, THEIR LONG WORKING HOURS AND THE SWEAT AND TEARS THAT GOES INTO THEIR CREATIONS.”

Directors and screenwriters are vital contributors to audiovisual works and the vast economy and millions of jobs they support. The acknowledgement of their right to proportionate remuneration is an important step towards correcting this injustice.

The directive also brings something which creators have long felt they lack in a digital environment increasingly controlled by a few global platforms – more freedom and more control over their creative futures.

Copyright and authors’ rights are about the freedom of creators to do their job. They allow creators to be respected for their talent, their long working hours and the sweat and tears that goes into their creations.

That freedom comes at absolutely no expense for consumers, despite a flood of misleading claims by opponents of the Directive. There is no meme ban; no censorship and no broken internet. The directive is good news for the digital world. It will lead to creators’ works being better valued on digital networks, and creators being more fairly remunerated.

That is real progress. And it sends a strong message from Europe to governments worldwide.

This article was first published in Music Business World on April 1st 2019.