Spanish Point and IMRO have been nominated for ‘SME Project of the Year’ at the 2016 Tech Excellence Awards. 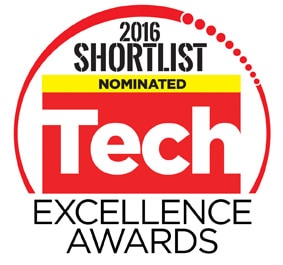 Spanish Point and IMRO have been nominated for ‘SME Project of the Year’ at the 2016 Tech Excellence Awards.

The announcement comes following a project that Spanish Point has been working on with the Irish Music Rights Organisation (IMRO) whereby Spanish Point created a solution for IMRO which securely tracks copyrighted works and delivers royalty payments for IMRO members.

IMRO is a national organisation that administers the performing right in copyright music in Ireland on behalf of its members (who are songwriters, composers and music publishers) and on behalf of the songwriters, composers and music publishers of the international overseas societies that are affiliated to it. IMRO’s function is to collect and distribute royalties arising from the public performance of copyright works.

Due to massive growth in the amount of data being generated to process and capture information by IMRO members, as well as being faced with the rapid influx of new devices and ways consumers were accessing music, IMRO needed to implement a secure IT solution that was easy to use and managed the ever-increasing amount of data and data sources.

The Tech Excellence awards programme recognises the excellence, not only in implementing tech solutions, but also in the business of marketing and implementing technologies for organisations. The awards ceremony takes place on 12th of May in the Ballsbridge Hotel.

​Spanish Point have previously won the Public Sector Project of the Year’ with the Defence Forces at the 2015 Tech Excellence Awards.